We are open as normal!

It is commonly agreed that the OG in OG Kush stands for Original. Josh D, the alleged developer, mentioned that the weed was named OG as it is original. However, there are a few different stories about what this abbreviation truly stands for. Further down this article, we will dissect the different rumours!

After years of hush-hush buying from clandestine sources, high grade marijuana is now openly available in many different countries. Visiting a dispensary and being given the choice between all of the different herbs and concentrates is a beautiful thing that every smoker should be able to experience. A special variety of cannabis that can be found in many different dispensaries is OG Kush. Here at Sticky Seeds we have some of the best OG Kush Seeds around!

Pineapple Kush, Bubba Kush and Amnesia Kush are all very popular strains that are always in high demand. But did you know that all three of these strains derive from OG Kush? There are also many more offspring and new strains are coming out frequently. The crossovers bring many unique flavours and they are all fantastically popular. But for many people, there is just no comparison for the old and classy OG strain. It has been a top hit for many reasons, including its potent smell - which has hints of pine and gas. It is a strong hitter and is enjoyed by people all over the world.

But what does the OG in OG Kush actually mean? Along with other things, people still wonder about the abbreviation ‘OG’ in the name. Allow Sticky Seeds to break down and answer some commonly asked questions about this outstanding genetic.

Dissecting the Rumours about OG Kush

There are quite a few different rumours around the abbreviation of OG. This strain has been around for quite some time and is incredibly well-known thanks to various rappers mentioning it. Many fibs have propagated from various sources about what the OG part of the strain stands for. You can hear many different stories from different parts of the US. The name may mean something else altogether in some countries, but how can we possibly know the real story. There are many explanations about these two characters, and each one is compelling. Let us see what people say about these two letters that define such a potent and popular cannabis strain.

One version of the story says that it originated in Northern California, where a weed grower was trying to cultivate a strain native to Southern California. This was in the early 90s. It was strong-smelling, and he realized the potential. He named the weed - Kush after a chance meeting with another friend who was also in the process of introducing his produce in the market. The meeting of these two weed growers led to the Kush's popularity, and it soon spread to other parts of the US.

He introduced it to many of his buyers, saying that it was ‘Ocean Grown’ due to its cultivation near the Pacific Coast. This name stuck as it was actually easy to identify the weed due to its pungent smell. The name OG Kush became synonymous with a fantastic strong weed that is still known for its potent fragrance and unique qualities.

Another story goes this way. The moniker- OG stands for Original Gangster. This term used to refer to gang members and became well-known in the 90s. The West Coast had and still has a huge musical industry. At that time, many new rappers started to use the acronym in their songs. The name OG became well known to the audiences in the international arena.

The important cultivators in Amsterdam, like DNA Genetics, say that the Kush strain of cannabis from California and Los Angeles was given the name OG- as it was the original gangster amongst the weed strains. The skunk-like and robust smell got it this reputation. ‘Original Gangsta’- as the rappers liked to call themselves, was a respectful name given to this weed. Everyone liked the strain as it was being sold in the market. No one wanted to mess with it or change the strain. Even when certain breeders began crossing it over, people mostly still opted for the original!

Here is another story, but it appears to be less plausible. A now-defunct company called Overgrown used to grow and sell Cannabis in the early 21st century. Some people assume that the name of the company Overgrown- was the inspiration behind the name of the weed. This is the least believable story. How can a popular weed be named following a website made years after the introduction of the weed? 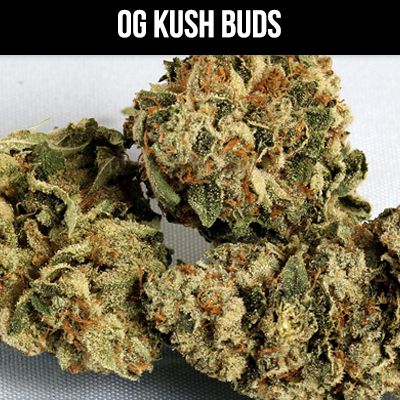 The more people you meet, the more urban myths you get to hear from people. There is only one fact that is consistent amongst all these people. The OG Kush is a potent weed. The Indian or Asian name for weed is Ganja. And someone aptly called it Outstanding Ganja for the same reason.

The THC content is high in this variety, and that is the reason it is trendy. Breeders across the industry are using this strain to create their own hybrids. It is one of the most common hybrid plants available in the country. It is still being used in many medicinal prescriptions in multiple countries.

It does not really matter what the letters mean. People love it and don’t care about the name. All they care about is that it should be available and not lose the original fragrance and potency.

How to tell if a cannabis seed is high quality February 17, 2021