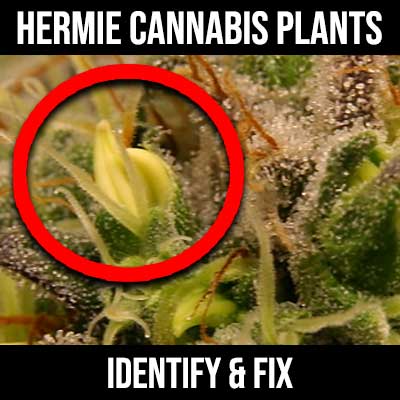 Cannabis plants are dioecious which means the plants will either be female or male, however, there are occasions where a cannabis plant can display both male and female sex organs, these plants are referred to as hermie or hermaphrodite plants. There are many plants that thrive as hermaphrodites, such as roses and lilies, but what about cannabis plants? This article will look into what causes cannabis plants to become hermie, the signs to look out for, the overall effects this can have on a cannabis plant/plants, and also action to take if a plant is identified as hermie.

What are hermie cannabis plants?

Hermie plants are hermaphrodite cannabis plants, this means the plant has both male and female sex organs. Female plants have the potential to become hermie at any time during the growing process, if this happens the female plant is able to pollinate itself. The hermie plants will display the pollen sacs and bananas (sometimes referred to as nannas) of a male whilst also growing buds like the female plant.

Although hermie cannabis plants may at first sound quite harmless, they are surely not. A single hermie plant can pollinate itself and any other female cannabis plants in the surrounding area causing them to stop producing buds and start producing seeds. If the female plants are pollinated quite early on by the hermie there is a chance barely any bud will grow at all, if the female plants are pollinated later on in flower then the quality of the bud will be significantly lower than expected and the plant would also start producing seeds, this makes the smoke very harsh and there is a risk of seeds or seed pods being present in the bud.

How to identify a hermie

It can be difficult to identify a hermie in the early stages of growth as there are no distinctive signs in the beginning. One of the first signs will be the growth of both pollen sacs and female bud sites, usually during the early flowering periods, however, the pollen sacs can also grow in the buds making it incredibly difficult to spot them especially as the buds continue to develop. During the later stages of flowering the hermie plants can start to develop ‘nannas’ these get their name from looking like small bananas growing out of the buds, these nannas will open and pollinate the plant resulting in seeds growing in and around the bud. Any seeds grown from a hermie plant will produce female seeds. Usually by the time these nannas have opened the surrounding plants will most likely be pollinated as well and will begin to grow seeds, if the nannas have been identified early enough that they are still closed there is still a chance the surrounding plants will remain unpollinated if action is taken swiftly.

Is there any treatment for hermie plants?

On discovering a hermie it’s important to act fast to ensure any other plants are not affected by this. The first recommended course of action is to remove the plant, keep it separate from any other cannabis plants to minimise pollination. Some growers will dispose of the hermie plant but there is another way to potentially save the plant. If the plant has been identified early enough the male sex organs can be removed with sterile tweezers, this process can be lengthy and there is no guarantee that everything will be removed. This can potentially save a hermie plant. If the pollen sacks are located on a single stem, the grower could simply cut this stem off the plant and dispose of it.

How do cannabis plants become hermie?

Cannabis plants can become hermie due to a number of factors, one of these is stress. Stress can be caused by a number of things, such as lack of water, lack of nutrients, and light during the darkness hours (known as light leaks). There are some strains of cannabis that have a greater chance of becoming hermie, this is due to the genetics being less stable than others.

How to minimise the risk of cannabis plants becoming hermie

As mentioned above there are certain strains that have a higher rate of producing hermie plants, so it’s best to do some research on different strains and the rates of developing hermie plants to ensure the genetics are stable. There are some strains of cannabis that can hermie after minimal amounts of stress and other strains that can withstand higher stress levels and never hermie which is why it’s important to conduct research. It is also important to purchase good quality seeds from a reputable seller, such as right here on sticky seeds. Another prevention method is to take cuttings from a healthy female plant that has proven to flower without issues.

Strains such as Gelato, Moby Dick and Blue Mystic are known for being very stable and reliable.

Any female cannabis plant is at risk of becoming hermie if they are exposed to high-stress levels or come from a strain that has unstable genetics, to minimise the risk of this growers should ensure that any seeds purchased come from a reputable seller to ensure quality. Growers should be aware of the signs to look out for and take action immediately when discovering a hermie plant.

This article is written for informational purposes only and should not be taken as legal advice under any circumstances. 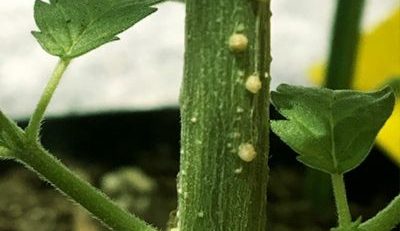 Barnacles on cannabis plants are often scale insects that are thriving on the plants for juice and nutrients. These... read more 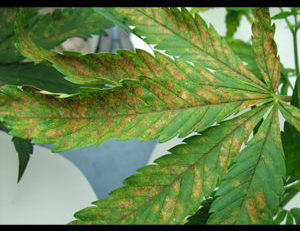 Calcium deficiency can be a common issue for cannabis growers, you may have already experienced this or are curious... read more 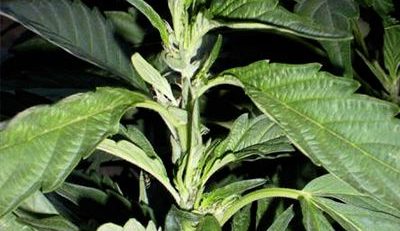 Re-vegging takes place when cannabis plants in the flowering stage revert back to the vegetative stage. Cannabis plants that... read more 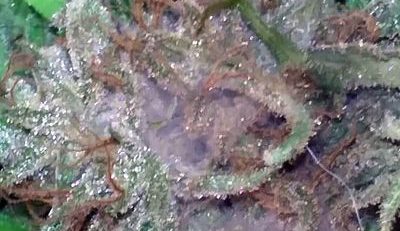 Bud rot is a dreaded sight for any grower. The first symptom is usually the sugar leaves turning yellow or... read more 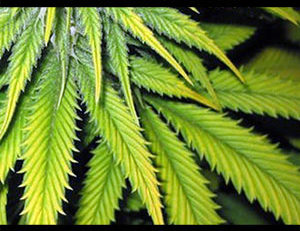 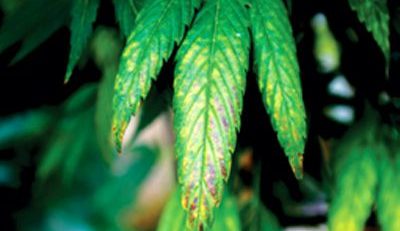 How to Fix Boron Deficiency in Cannabis Plants 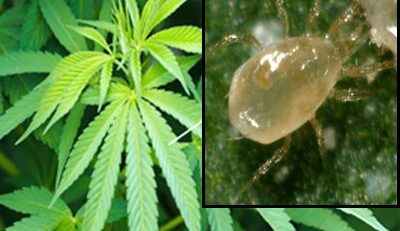 Broad mites are common cannabis attackers. They thrive on juice and nutrients from the crop while inflicting damage to... read more 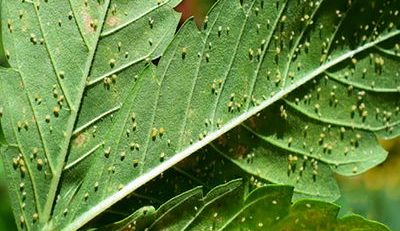 When a grower finds small pale or dark bugs on the undersides of a fan leave they will most... read more 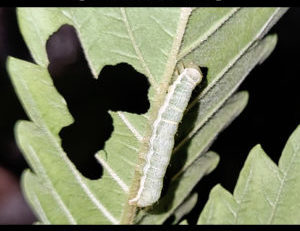 Most people are aware that all types of plants are vulnerable to pests such as caterpillars, cannabis plants are... read more