How to tell if a cannabis seed is high quality

It is possible to distinguish higher quality seeds by placing them between your thumb and forefinger and squeezing slightly. High-quality seeds should have no cracks or breaks in their surface and will feel robust and firm against the pressure. Poor quality seeds on the other hand will usually crumble or crack and will be far more difficult to cultivate.

There are two easy methods of testing the quality of a cannabis seed. 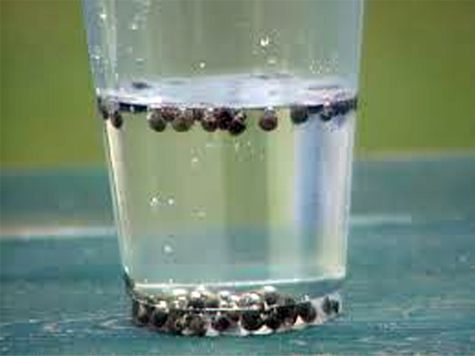 The first is known as the ‘float test’. This involves pouring distilled water into a cup or bowl, then placing the seed onto the surface of the water. If the seed sinks within approximately two hours of being placed on the surface of the water, it has a significant chance of germinating. Poor quality seeds will merely continue to float. Note that this test should be conducted immediately before planting, so the water absorbed doesn’t adversely effect the seed and invite mould. 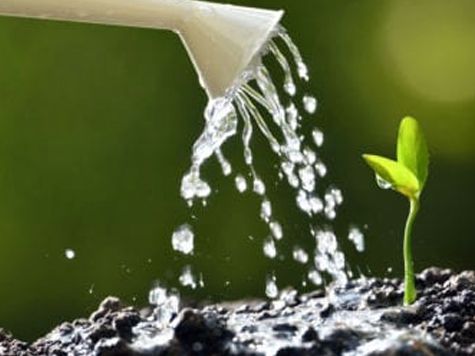 The second method is simply to the plant the seed. If growth appears in less than one week, it is likely to be of good quality. However, growing cannabis is illegal in many countries so this should not be done unless you reside without a country where cultivating cannabis is legal.

If someone wanted to go the extra mile in assuring themself of seed quality, they can hold a magnifying glass up to the stem. If it appears to be furry, it is likely that the seed was bagged too early and as a consequence has retained too much moisture, resulting in mould or fungus contamination.

Healthy seeds should have a waxy exterior. This can best be observed by holding the seed up to a source of bright light. If the surface of the seed appears to have a visible sheen, this an indicator of good quality.

What Colour should a Cannabis Seed be

Mature, viable seeds are darker colours such as brown, grey and black. The highest standard of seeds often bear exterior patterns which resemble tiger stripes, lightening, darker spots of colour, or similar. Immature seeds, which are unlikely to germinate, tend to be lighter colours such as white, pale yellow or pale green. Exercise caution when looking at particularly dark seeds - if they look too dark and appear to be almost inky purple in colour, it is likely that they have been dyed. These seeds should obviously be avoided. 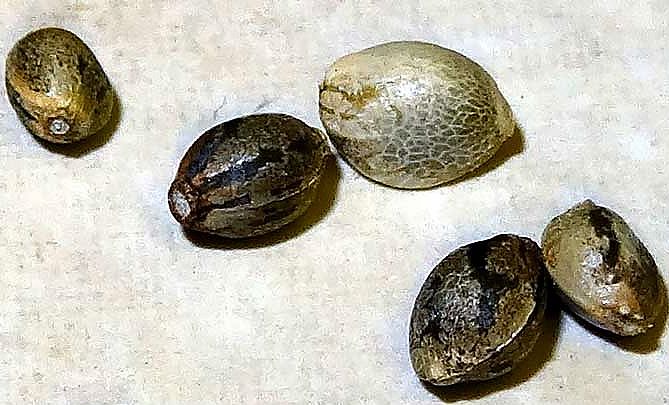 What Size and Shape should a Cannabis Seed be

How heavy should a Cannabis Seed be

The older a seed gets, the less nutrients and moisture it contains. For this reason, better quality, recently harvested seeds are denser and heavier. Old seeds, like poor quality seeds, will prove difficult to germinate.

Female, or ‘feminized’ seeds are the most desirable, but unfortunately there is no way to distinguish female seeds from those that are male through appearance or any simple test. Buying from a reputable seed bank is the safest and easiest way of ensuring that your seeds are female.

It may not always be possible to ascertain how seeds are stored before purchase. Buying from a reputable seedbank will assist with the accessibility of this information (as well as the reassurance of honesty on the part of the dealer). To maximise productivity and maintain health, seeds should be stored in cool, dry conditions in order to prevent moisture contamination and subsequent mould.

Where possible, avoid buying seeds displayed in shop windows or even on a shelf. Many small shops may keep their stock on display, but having light interact with the seeds will quickly deteriorate them, rendering them useless within a short period of time.

In conclusion, there are several ways of identifying high quality seeds. They should be darker in colour and preferably, patterned. The better seeds are bigger than their counterparts and symmetrical in shape; whether round or teardrop. Good quality seeds have a waxy, unbroken surface, and should be resistant to pressure if you squeeze them. Buying cannabis seeds from a reputable seedbank like ourselves is highly recommended. This eliminates doubt and also enables you to access information about the seed such as its age, strain, flowering time, and any characteristics of the plant.

Ask a Question
No Questions
Want to Ask a Question? Please Log in / Register
February 17, 2021 | View: 97 |  Categories: Information |  By: Sticky Seeds
Did you find it helpful?
LIKE (1)
DISLIKE