Ah yes, cheese cannabis seeds. Connesouirs will know (and love) it, beginners might slightly fear it. But, there's one thing that everyone can agree on — the history behind it is rich.

Ready to find out how our world was blessed with this ultimate strain? Then stick with us.

These strains can be traced as far back as 1988. However, a few events had to take place first, otherwise, this story might be a little different.

It all started with Sam the Skunkman. While not his legal name, he was dubbed this as a result of breeding Skunk #1, another popular cannabis strain.

Unfortunately, Sam lived in California during the early 1980s and received a lot of trouble from growing his oh-so-popular Skunk #1. So, he grabbed his things and headed to The Netherlands where his cannabis was highly regarded.

While the Dutch adored his creation, it was incredibly potent and the sheer overpowering aroma made a lot of cultivators run for the hills. Therefore, Sam decided to attempt to breed this out for a sweeter variety.

Now For The Good Bit — It's Time For Some Cheese

Sam the Skunkman had been laboriously working on turning the potency into a positive aspect rather than a negative — and it was starting to pay off. He switched the parents of the Skunk #1 seeds, ensuring there was a large difference in the scent strength.

Here's where it gets interesting.

When 1988 came to be, a grower living in London, England cut open a seed packet. This packet happened to be from one of Sam's new strains of Skunk #1.

Where had someone in the UK picked these up, we hear you ask? Well, a gentleman had traveled to The Netherlands to have a meeting with Sam the Skunkman himself. While there, Sam decided to give him a packet to try, and thus, the United Kingdom was privy to this magic.

The cultivator then proceeded to plant them and wait patiently for the Skunk strain he believed would grow.

Only, once the plants had matured, it was not what this experienced grower had expected. To tell you the truth, it was far from anything he'd seen before.

The buds and the aroma astonished him. The plant carried larger yields than other cannabis varieties and the aroma was so unique it caught the cultivator off guard.

Of course, this revelation meant he cloned it and ensured he spread it quickly across the United Kingdom (underground, at least). And the famous Cheese strain was born.

But The Story Isn't Over Yet

Fast forward to 1995, this new-and-improved Skunk strain landed in the lap of Exodus.

At this time, Exodus was an alternative living community based on the outskirts of London. They grew this new Cheese strain so much that they eventually made it available as a seed for the first time in history.

These guys dubbed the strain "Exodus Cheese" and started to dispense it throughout the United Kingdom's rave scene. As soon as this community had their first whiff of the Cheese strain, its popularity boomed.

To this day, it has maintained its reputation and is considered to be one of the most favored cannabis types in many parts of the globe.

Alright, we'll tell you the truth. There is not a singular cheese strain. In fact, there are loads. As it gained adoration, a bunch of cross-breeding happened to make a bunch of other well-loved types of Cheese cannabis.

Let's take a look at the starting points of a few, shall we?

The Origin of UK Cheese

This one is perfect for those who prefer strains with a dominant side of indica.

UK Cheese came into being around 1989. It's a direct cross between Sam the Skunkman's original Skunk #1 Cheese and Afghani.

The flowering time is ridiculously fast and it produces more buds than its predecessors. It's deemed to be the perfect concoction of nugget density, glorious aromas, and bang for your buck. 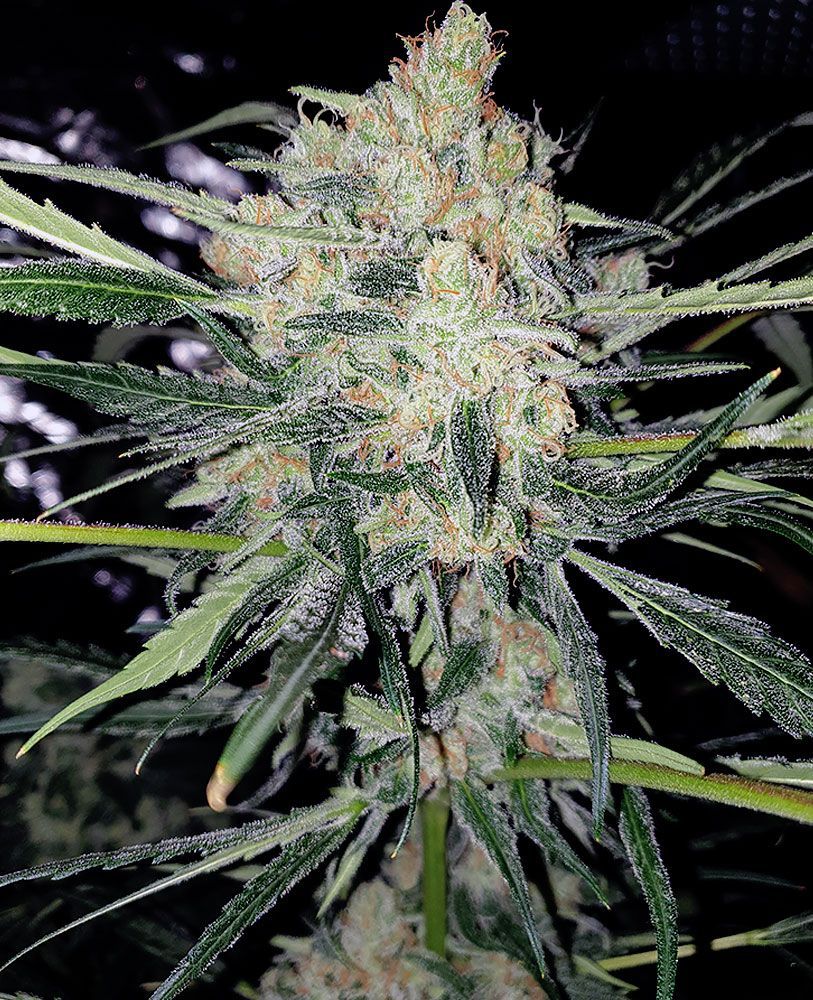 The Beginning of The Critical Cheese Strain

The Critical Cheese cannabis strain is a cross between Cheese and Critical Mass. Serious cultivators tend to dream about adding this to their garden. Yup, it's that popular.

The extreme popularity comes from the fact that Cheese is in such high demand so it is never around for long, many people like to collect this strain as it yields a huge amount thanks to the crossover with Critical Mass. The original cheesiness has been held onto very well, this is the most stacked Cheese genetic available on the market.

The strain is generally favored by beginners who want to experience relaxed, calming effects and ease muscle soreness or insomnia. 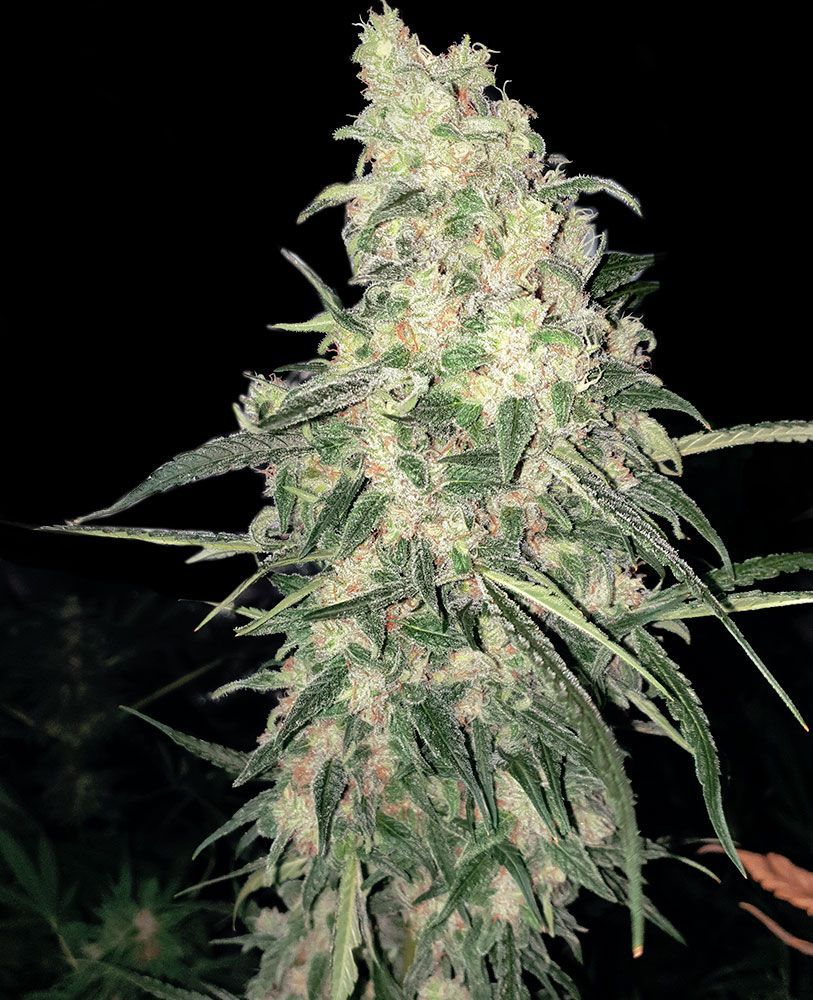 The Birth of The Blue Cheese Strain

No, this strain isn't named after the mold found on the actual cheese. Instead, it received its name from its Blueberry parent.

It came into England and quickly spread all over the world. Nowadays, it's popular in dispensaries across Maine, Colorado, California, and more.

It is a direct cross between the original Cheese founded in the UK and the famous Oregon Blueberry strain. The result? A wonderfully fruity taste and delightful aroma. Not to mention a fantastically relaxing experience. 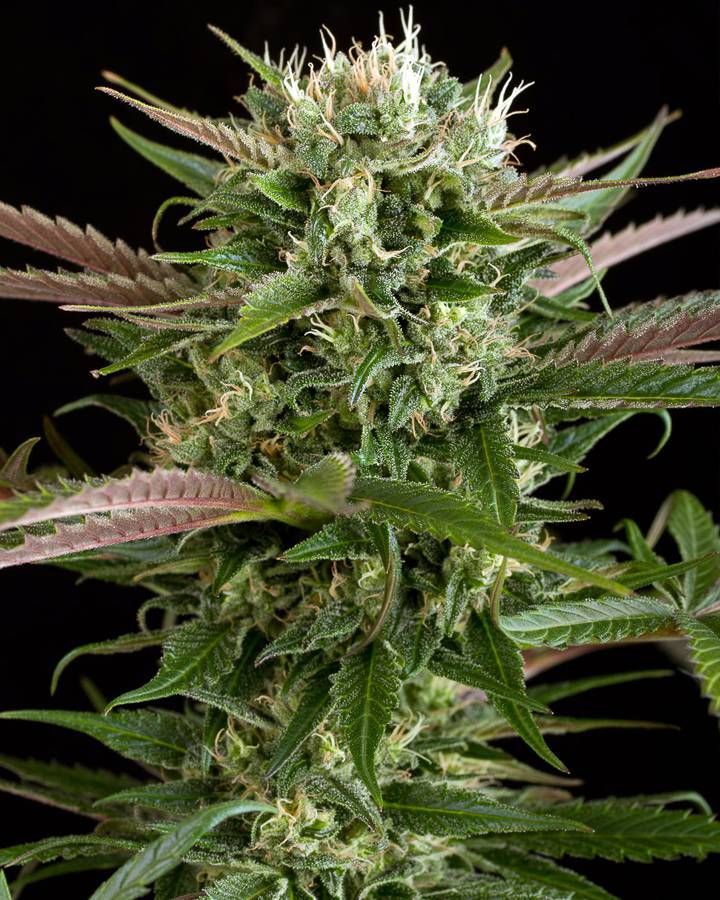 Despite Cheese being over 30 years old, the strain still maintains its 5-star reputation and worldwide esteem. If that's not something to write home about, then we don't know what is!